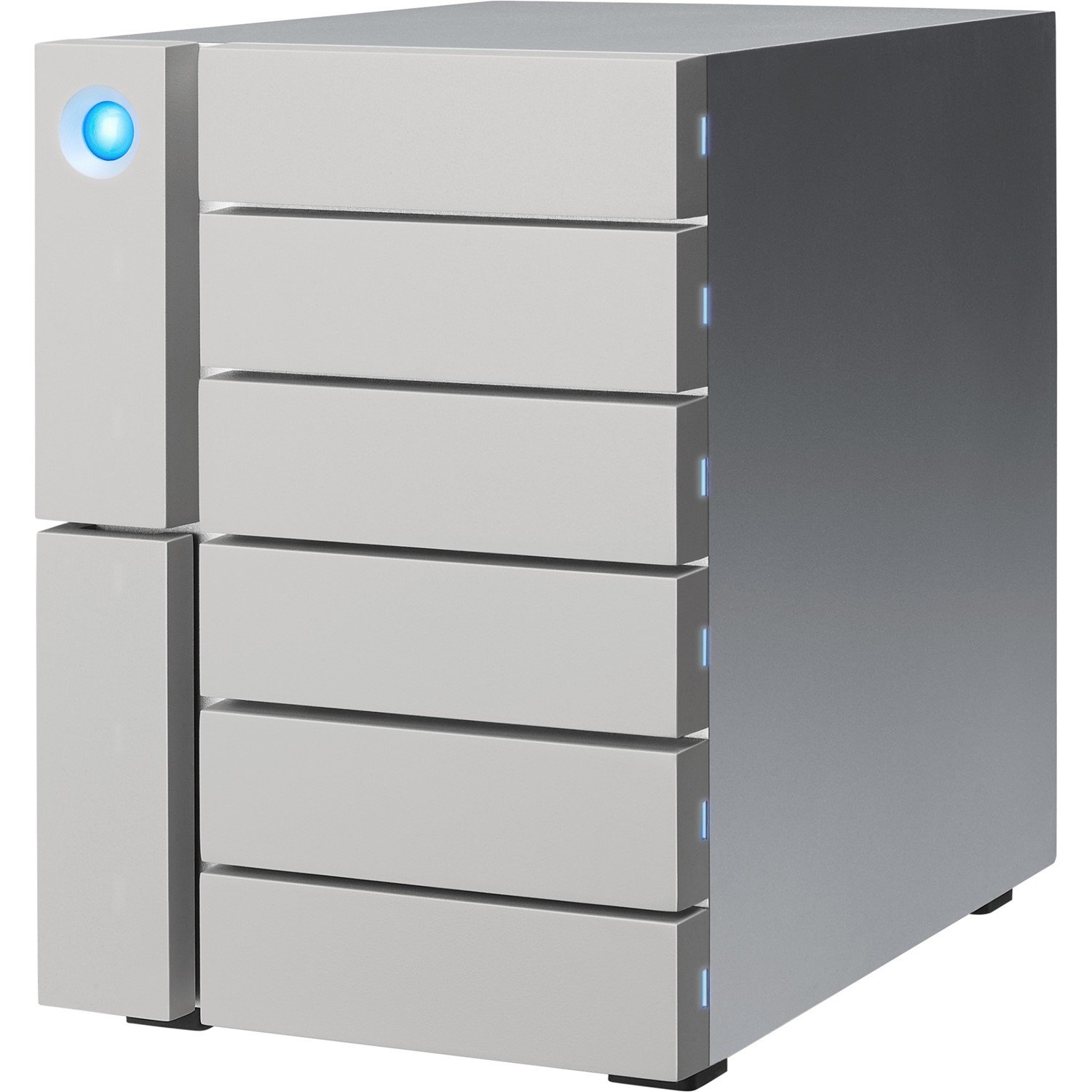 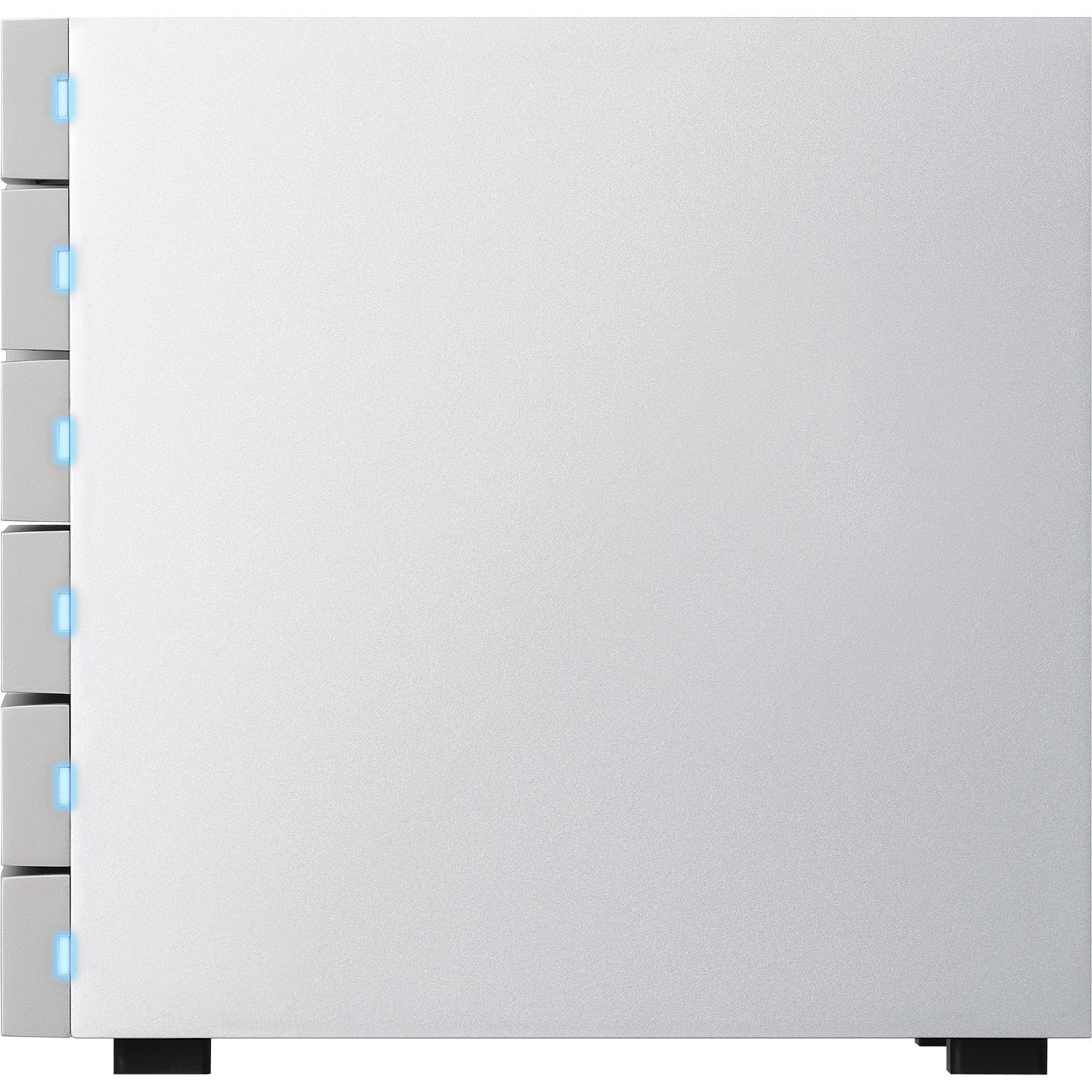 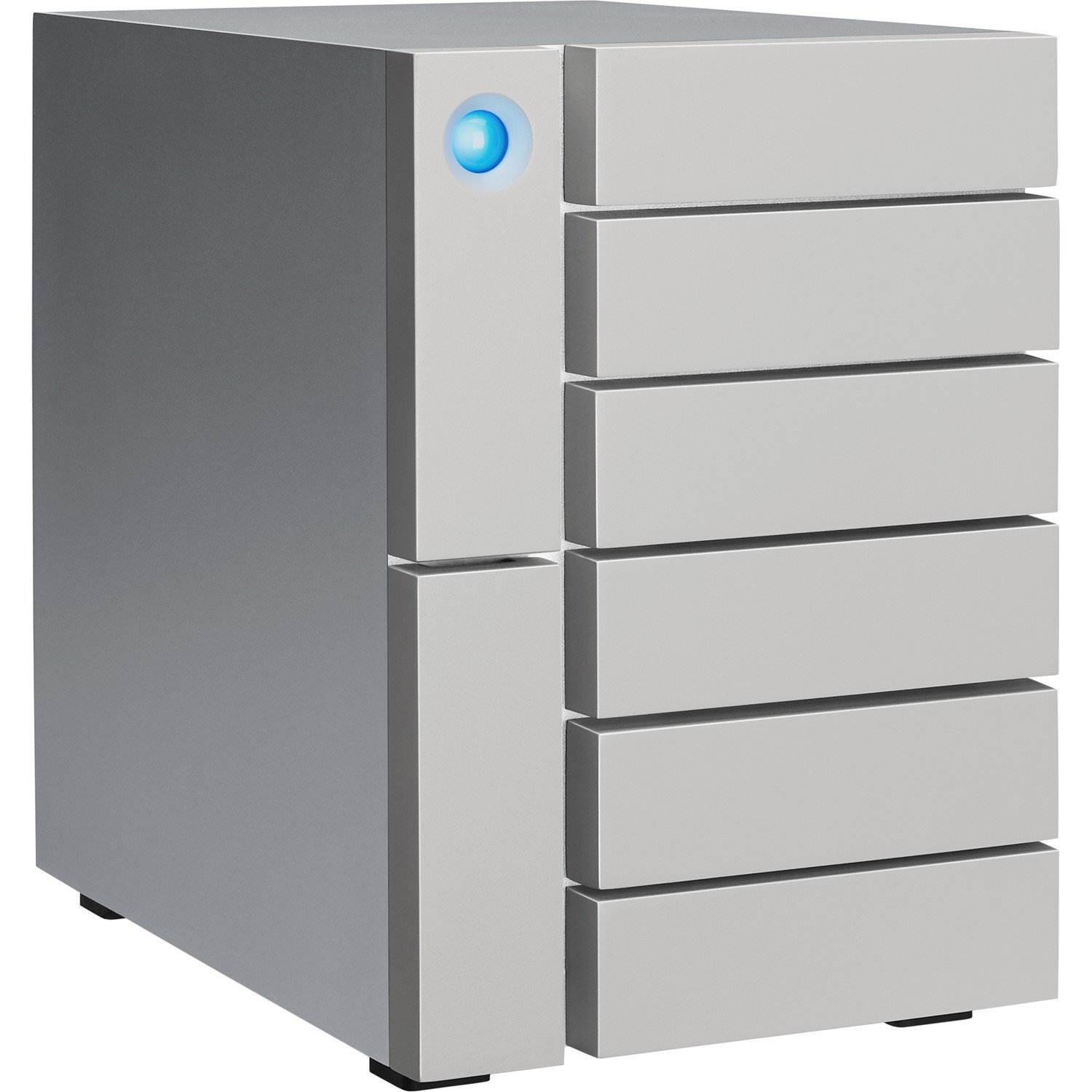 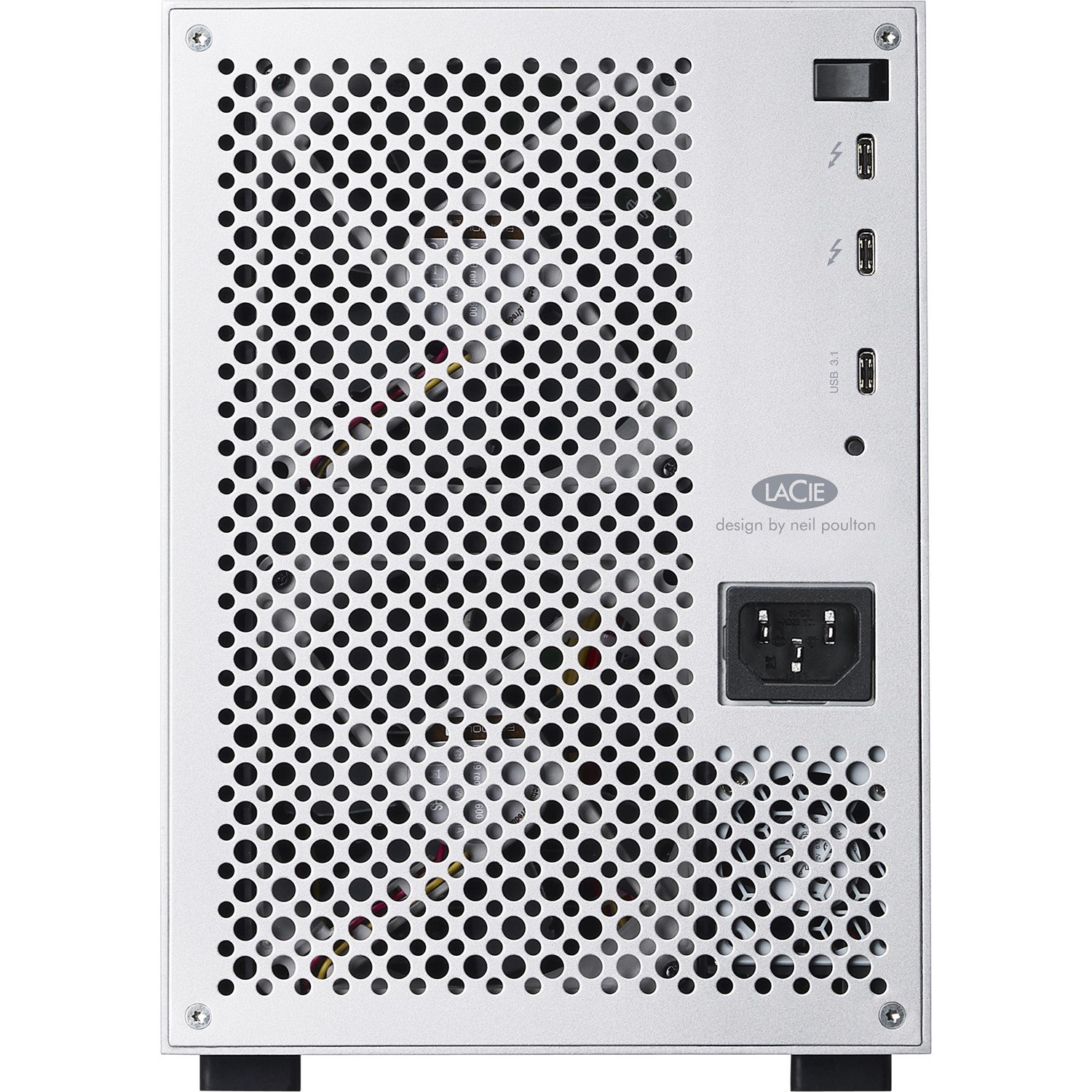 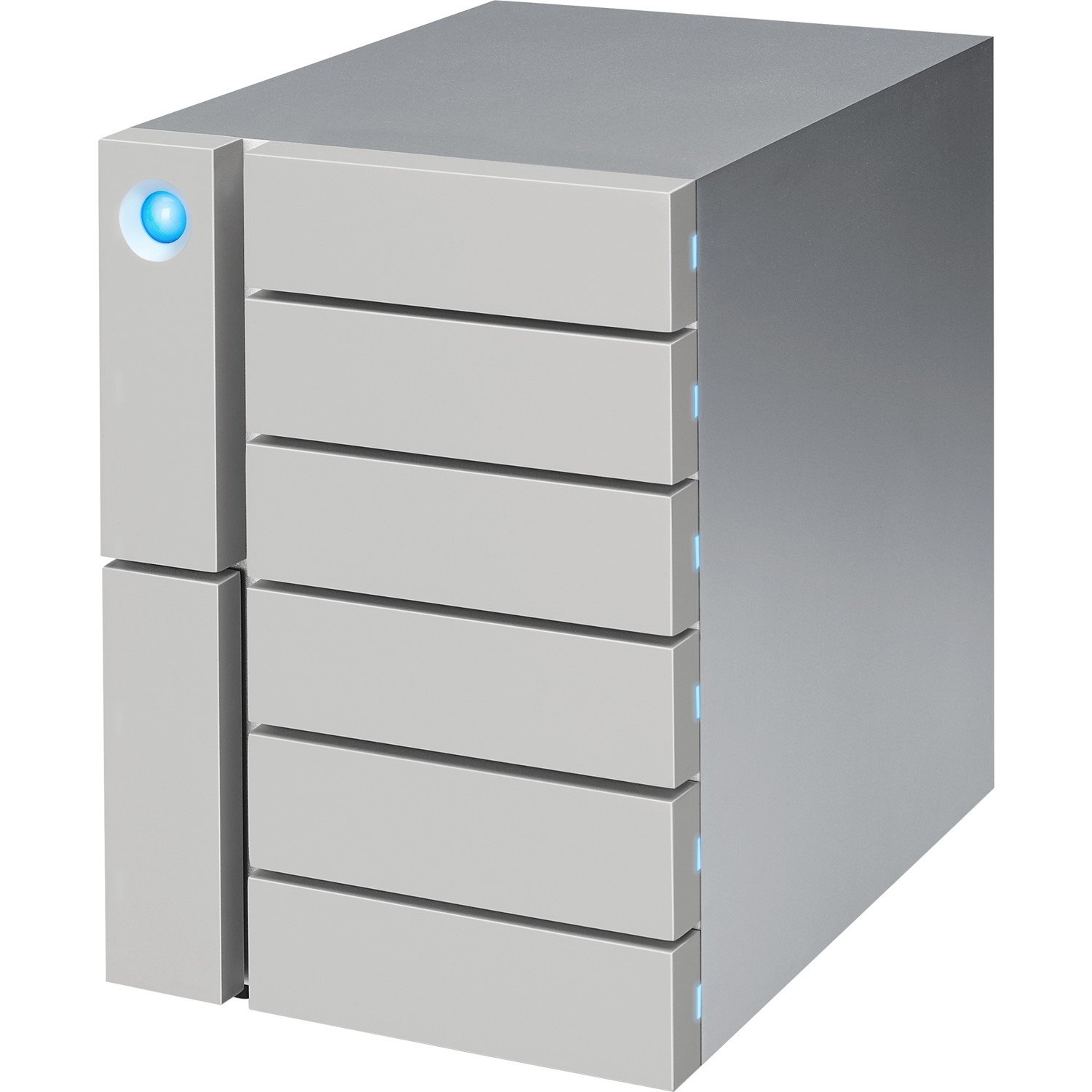 Think bigger-we've got you covered. With up to 120TB of capacity on your desktop, up to 2600MB/s speeds, and RAID 5/6, the LaCie 12big and 6big Thunderbolt 3 lets you rein in the stampede of data from ultra hi-res cameras.

For the 6big and 12big, LaCie harnessed the breakthrough performance potential of the Thunderbolt 3 I/O and squeezed the absolute best speeds out of the hard drives. We added a hardware RAID controller and 7200RPM drives, and the result is astonishing 12big speeds of up to 2600MB/s-and 2400MB/s in RAID 5.

That kind of speed can slash time off nearly every task in your post-production workflow. Ingest hours of RAW footage from a Blackmagic® cinema camera into Adobe® Premiere® Pro in a fraction of the time. Then edit multiple streams of ProRes 422 (HQ), ProRes 4444 XQ, as well as uncompressed HD 10-bit and 12-bit video. For big projects packed with high-def clips, thumbnail and preview rendering becomes much more responsive.

And for your smartest workspace.

With double the video bandwidth of its predecessor, Thunderbolt 3 lets you daisy chain dual 4K displays or a single 5K display to the LaCie 12big or 6big. With two 4K displays, you can spread out your workspace by dedicating one display to your timeline and the other to previewing 4K footage, for example. It's even possible to power a compatible laptop through the Thunderbolt 3 connection.

Bigger in every way. Except in footprint.

With up to 120TB (12big) or 60TB (6big) on your desktop, you can safely store massive amounts of ultra hi-res footage.

Instead of buying a new storage device every time you need more capacity, invest up front in a future-proof, RAID-protected solution. Improve data access and security, which can save money in the long term.

Divide your storage into multiple volumes according to your workflow. Create one volume for ingesting transcoded clips and current projects and another for archiving final footage.

Thunderbolt 3 lets you daisy chain up to six devices to a computer via a single cable. So you could connect up to six LaCie 12big together, bringing a jaw-dropping 720TB to your computer.